I’ve been eyeing up the VCAP6-NV exam for quite some time now, but due to work and personal projects I’ve not been able to focus on this exam. Having some time between jobs I decided to start revising and push myself into taking the exam. At time of writing, there is still no NV-Design exam, therefore, anyone who sits and passes the VCAP6-NV Deploy exam is automatically given the VCIX6-NV certification. 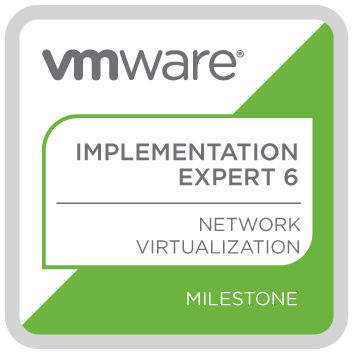 I’m not a full on networking person. Back in the day (~10 years ago) I wanted to be, but the opportunities didn’t exist for me and I consequently went down a generic sysadmin path until ending up where I am today, primarily focusing on SDDC and cloud technologies. There are a lot of people who dive into NSX that do come from traditional networking backgrounds. For me, I found this quite intimidating, however the point is you do not have to be some kind of Cisco God to appreciate NSX, or pass this exam.

“Read, study, understand and master the contents of the blueprint.”

And it’s absolutely correct. The version of the blueprint for the exam I sat can be found at https://www.vmware.com/content/dam/digitalmarketing/vmware/en/pdf/certification/vmw-vcap6-nv-deploy-3v0-643-guide.pdf

This, as well as vZealand.com’s excellent guide were my primary study resources and I would prepare by doing the following:

Also, bear in mind the exam is based on 6.2 of NSX, therefore it’s a good idea to have a lab running on this version as there have been a number of significant changes since then.

After I accomplished all three, I felt confident to sit the exam

You’re looking at 205 minutes in total covering 23 questions that cover the blueprint in its entirety. Without breaking NDA my observations are:

I passed, but not by much. But a pass is a pass and I was pretty chuffed. It’s definitely the hardest VCAP exam I’ve taken to date.